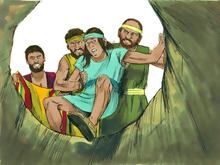 Abraham, Isaac, Jacob and then Joseph: here are Joseph’s timeline and family tree.

Joseph lived for 110 years – which seems like a long time to us, but was significantly shorter than the lives of his ancestors, including his father Jacob, who died at the age of 147.

Only a small part – just 11 years – of Joseph’s life was spent in the land of Canaan. About 93 years were spent in Egypt. 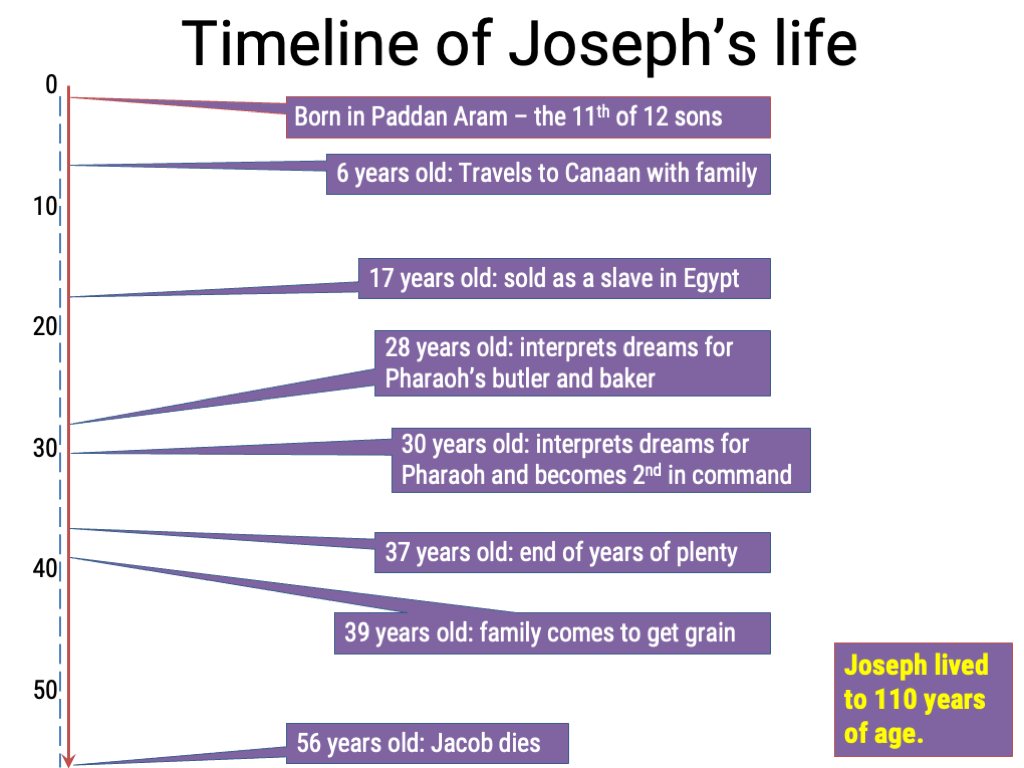 Some of the ages mentioned above are calculated from other details. For example, the age at which he left Paddan-aram, how old he was when he interpreted the dream for the butler and the baker, and his age when Jacob died.

The synchronisation of ages between Jacob and Joseph is found through computation, based on the following facts.

Thus we can say that Joseph was 39 years old when Jacob went to Egypt.

Interestingly, this synchronisation also allows us to work out that Jacob was 91 years old when Joseph was born. 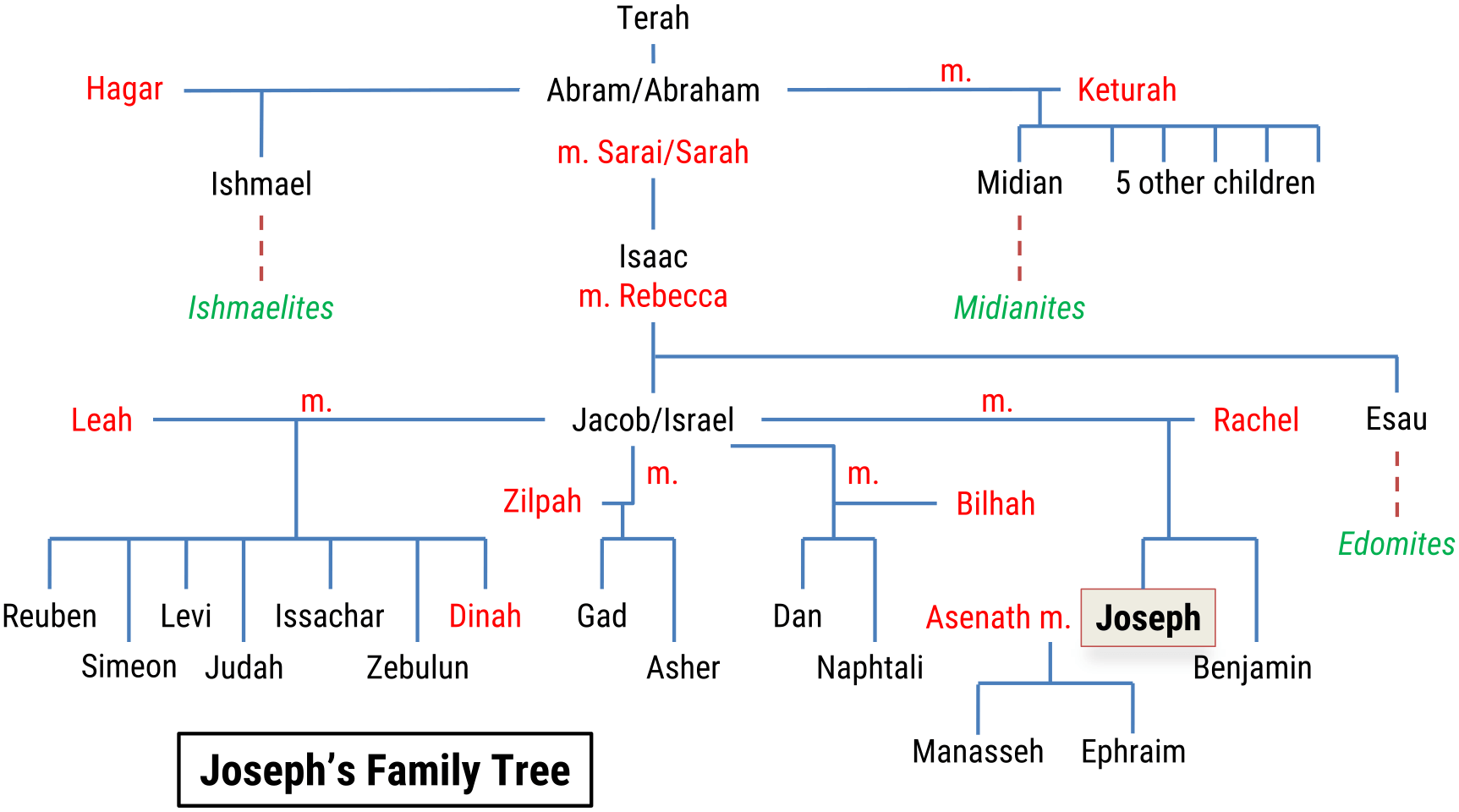 This family tree concentrates on Joseph and his family. As a result, Abraham’s brothers and Lot are excluded and Keturah’s children are not named with the exception of Midian whose descendants are mentioned in the sale of Joseph into slavery.

If you are looking for maps from Joseph’s time, see our blog post “Joseph: maps”.

This is one of a series of articles on Joseph published as back-up material for the Bible-based fiction novel Joseph, Rachel’s son.

A young boy with 11 brothers; favourite of his father; chosen of God.

Joseph, Rachel’s son, lived a privileged life in Canaan until his jealous brothers sold him into slavery in Egypt. There, the favourite son learned hardship and faced undeserved punishment.

Overcoming one trial after another, he finally faces the greatest test of all: power over his brothers. When they bow before him – as prophesied so many years before – will he take revenge, or show the forgiveness that comes from God?

Beloved son, envied brother, betrayed slave, hopeless prisoner, ruler of Egypt, but, above all, servant of God – this is Joseph’s story.