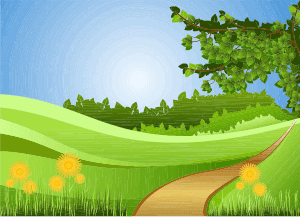 Highways and Roads in the Old Testament

Today we use the word “highway” simply to mean a major road, possibly one that might stretch between cities. However, it is actually a compound word which contains its historical meaning in the two words it joins. A “highway” comes from the idea of a “high way” – a road that has been built up and raised above its surroundings. Ruts and depressions always form in roads, so roads at the same level as the land they cross become places for collecting water. So much so that in periods of rain, they can even become watercourses themselves. We still have these problems today, just as they did with roads in the Old Testament.

Once a road is built up with dirt, stones, rubble or gravel, the worst of the mud and puddles can be avoided. Over time, road makers have also found that shaping a road so that its centre is higher than the edges also helps with shedding the water that can otherwise make roads impassable in wetter months.

Local Roads in the Old Testament

Most roads in Israel in Old Testament times were local roads, simple tracks made of beaten earth – dusty in the dry, and muddy in the wet. Frequent usage destroyed any vegetation that may otherwise have grown and made them slippery and subject to erosion. It appears that there were no road maintenance crews for these local roads. Leading over public land, such paths would go as directly as possible from place to place, but would not be able to carry heavy traffic in times of inclement weather.

The word “highway” occurs quite often in the Bible. It describes roads that could be used for heavier traffic, including the movement of troops. Such important roads may even have had dedicated workers who performed the maintenance necessary to keep the highways usable.

Just as they do today, highways took work to build and were designed to provide straight, direct and unhindered travel. Isaiah wrote:

“Go through, go through the gates; prepare the way for the people;
build up, build up the highway; clear it of stones;
lift up a signal over the peoples.”

In our times, we might think that the signal referred to was a traffic light, but in fact it is more likely to refer to Jesus! – see Isaiah 11:10.

Whereas local paths would have to go around trees or large rocks, highways would be cleared of obstacles:

And it shall be said,
“Build up, build up, prepare the way,
remove every obstruction from my people’s way.”

Another well known passage, speaks about highways and the work of John the Baptist:

A voice cries:
“In the wilderness prepare the way of the Lord;
make straight in the desert a highway for our God.”

A highway near Jerusalem is mentioned in the time of Hezekiah, when the Assyrians were attacking Judah:

“And the king of Assyria sent the Rabshakeh from Lachish
to King Hezekiah at Jerusalem, with a great army.
And he stood by the conduit of the upper pool on the highway to the Washer’s Field.”

Many other parts of the Bible also talk about roads, but since Bible Tales Online is releasing a series on the life of Jeremiah, the remainder of this article will concentrate on Jeremiah’s references to highways and other types of roads:

“But my people have forgotten me; they make offerings to false gods;
they made them stumble in their ways, in the ancient roads,
and to walk into side roads, not the highway”

In this passage, the side roads refer to the local tracks which often wound around obstacles and were not passable at certain times of the year. The ancient roads were major roads which had been used for centuries, often subsequently raised to form highways. With all of these, Jeremiah referring to paths of life rather than literal roads.

At times we might talk about a track or path as a “right of way” and “way” is another of the words we see used in the Bible when referring to roads. This is seen in two of the passages at the end of this article.

On modern roads, we are familiar with signs showing destinations, as well as distance markers and signs for special road conditions, and Jeremiah refers to these also:

“Set up road markers for yourself; make yourself guideposts;
consider well the highway, the road by which you went.
Return, O virgin Israel, return to these your cities.”

Also in the time of Jeremiah, the prophet Ezekiel has an reference to signposts as part of an enacted prophecy about Nebuchadnezzar’s coming attack on Jerusalem (Ezekiel 21:19-22).

The way of life

Many parables were told by Jesus: he was treading the road walked by several other prophets before him. Another example from Jeremiah where “path”, “road” and “way” are used symbolically:

“Thus says the Lord: “Stand by the roads, and look,
and ask for the ancient paths, where the good way is;
and walk in it, and find rest for your souls.
But they said, ‘We will not walk in it.’”

“They shall ask the way to Zion, with faces turned toward it, saying,
‘Come, let us join ourselves to the Lord in an everlasting covenant
that will never be forgotten.’”

We use and choose roads every day, and so did the people in the Bible, but the most important road for us all is the path we choose in life.

For other articles about roads in the Old Testament see also

This article on Roads in the Old Testament is one of a series of articles on Jeremiah published as back-up material for the Bible-based fiction series Terror on Every Side!
[ More information | Purchase ]