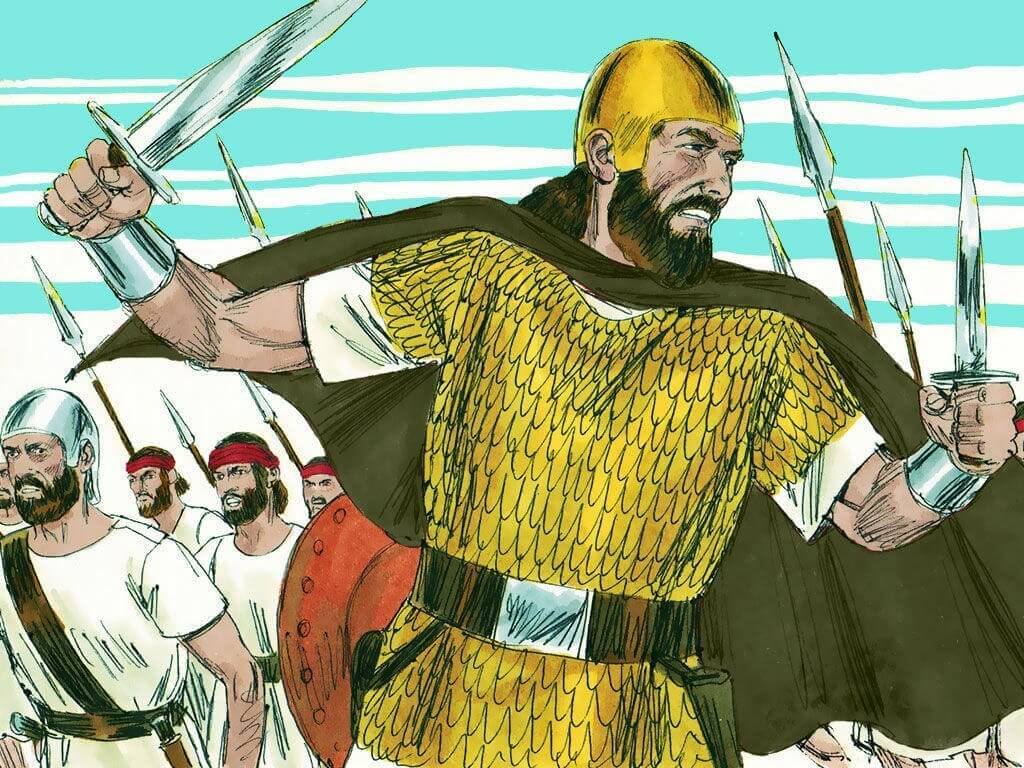 The study of history is difficult. Written records do not always tell the whole picture (and some records don’t even tell the truth!), while archaeology can only analyse what is found. Altogether, this will always give us an incomplete picture. An example of this in relation to warfare is shown when some people conclude from archaeology that the Babylonians did not have bows. In such cases, the Bible can add to our knowledge as history written at the time, or even before the events took place. The Bible has a few references to bows and arrows being used by the Babylonians. One of them is the chilling warning found in Jeremiah 5:16 that “Their quiver is like an open grave” (see also Jeremiah 6:23 and Jeremiah 51:56). The threat of the attacking Chaldean army was very real.

In this edition of the Bible Tales newsletter we are looking at weapons and warfare in the Old Testament and particularly in the times around Jeremiah.

Of course, the Bible is not trying to be a textbook on warfare, but since it reports the history (and the future!) of nations, warfare often has an important part to play.

Nowadays in English we have many popular sayings that relate to weapons and warfare, from speaking of “scoring a bull-eye” to warnings about “keeping our powder dry”. In the same way, references to weapons are often sprinkled through the writings of Jeremiah, Ezekiel and others. Apart from literal descriptions of military actions, there are also symbolic uses of bows, arrows and slings as the following examples show:

Some passages describe warfare in quite a bit of detail and show how battles were fought. One fascinating example is found in Jeremiah 46 which is describing the Battle of Carchemish, fought between Egypt and Babylon in 605BC. Nebuchadnezzar, king of Babylon and his associates won the battle. The passage includes descriptions of the preparations for battle and how the Egyptians and their helpers fled.

“Prepare buckler and shield, and advance for battle!
Harness the horses; mount, O horsemen!
Take your stations with your helmets,
polish your spears, put on your armour!
Why have I seen it?
They are dismayed and have turned backward.
Their warriors are beaten down and have fled in haste;
they look not back— terror on every side!
declares the Lord.
“The swift cannot flee away, nor the warrior escape;
in the north by the river Euphrates they have stumbled and fallen.”[1]

It is easy to picture the soldiers putting on on their armour before picking up their shields and marching forward to meet the foe, while horses are being harnessed and ridden into battle. Helmets and spears shine in the sun, but the Egyptians fall in battle or flee in terror.

The prophecy continues, describing the special units of foot-soldiers and archers that fight in the Egyptian army, but reiterates that they are useless against the plans of the Lord God. Fleeing soldiers put balm on their wounds, but nothing can heal their injuries:

“Advance, O horses, and rage, O chariots!
Let the warriors go out: men of Cush and Put who handle the shield,
men of Lud, skilled in handling the bow.
That day is the day of the Lord God of hosts, a day of vengeance,
to avenge himself on his foes.
The sword shall devour and be sated and drink its fill of their blood.
For the Lord God of hosts holds a sacrifice
in the north country by the river Euphrates.
Go up to Gilead, and take balm, O virgin daughter of Egypt!
In vain you have used many medicines; there is no healing for you.”[2]

God has described the conflict, the weapons and the results before ever the battles began, and Egypt was doomed to defeat before ever the weapons were sharpened or polished. It appears that the Egyptians had a bigger and better equipped army, but God’s predictions were fulfilled: Egypt lost.

Later, the nation of Judah refused to listen to God’s commands or warnings either, so his final message to them was one that should have terrified his audience, but they wouldn’t even listen to his message:

“Thus says the Lord, Do not deceive yourselves, saying,
‘The Chaldeans will surely go away from us,’
for they will not go away.
For even if you should defeat the whole army of Chaldeans
who are fighting against you,
and there remained of them only wounded men,
every man in his tent, they would rise up
and burn this city with fire.”[3]

In fact, they wouldn’t believe even when the promised destruction came. As promised, the Chaldeans returned and Jerusalem was defeated, then burned with fire. There really was “Terror on Every Side!” If only the people and their leaders had listened. If only the people and the leaders of the world would listen to God’s word today: Jesus is coming, and nothing will stop him. 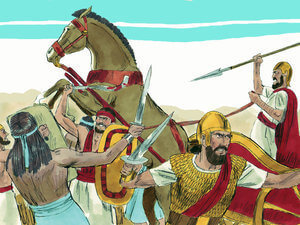 It is very human for us to want things that belong to others.  I suppose that if no-one did this, warfare would never have started and the endless arms race around the world wouldn’t continue.  Massive defence budgets would be unnecessary.

In fact, the world would be very much as described in Micah when speaking of the coming reign of Jesus on earth:

“He shall judge between many peoples,
and shall decide for strong nations far away;
and they shall beat their swords into plowshares,
and their spears into pruning hooks;
nation shall not lift up sword against nation,
neither shall they learn war anymore;
but they shall sit every man under his vine and under his fig tree,
and no one shall make them afraid,
for the mouth of the Lord of hosts has spoken.”

Warfare is something that humans seem to have always practised and many, many millions of men and women have died as a direct result.  Countless others have lived in endless fear because of the threat of warfare.

Of course, some of the tools or weapons used in warfare are useful in other ways, although the bigger the weapon the less true this is.  A spear can be used to catch game or to protect against marauding animals, while an intercontinental ballistic missile has almost no use outside of warfare.

In the time of King Uzziah (2 Chronicles 26:15), Jerusalem was defended with clever machines mounted on the towers and corners of the walls which could shoot arrows and great stones.  Wonderful inventions perhaps, but their only use would have been in warfare.

Slings, however, are very simple, light and versatile weapons.  They are able to sling a sizeable stone[4] a considerable distance[5] with great accuracy – at least, in the hands of an expert![6]

King David is probably the most well-known slinger in history – famous for his killing of Goliath, the giant.  Yet his skill with a sling was developed while working as a shepherd, protecting the sheep from predators.  As a shepherd, David had killed both lions and bears (1 Samuel 17:34-37).

The best part about a sling is that its ammunition can be picked up almost anywhere: from fields, roads or – as David did when he went to meet Goliath – streams.

If a soldier had no protective armour, a stone thrown at high speed from a sling could easily kill or cause serious injury.  Even with the protection of armour, a sling stone could still cause fatal internal injuries.