Was it really so bad? 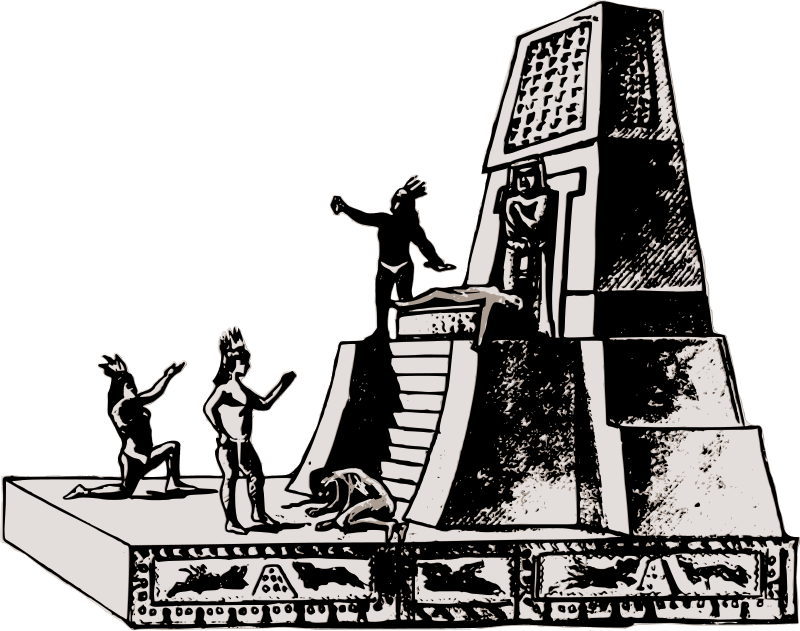 Was it really so bad?

From time to time, I am asked the question: “Why does the series Terror on Every Side! present such a negative picture of God’s opinion of Judah even in the time of Josiah who was such a good king?”

The answer to this question takes time to give.

On the face of it, the time of Josiah was a time when the king and his nation were dedicated to God.

However, a deeper look at this shows that King Josiah was righteous, but his people were not. In the historical books of Kings and Chronicles we read God’s judgement of Josiah:

And he [Josiah] did what was right in the eyes of the Lord and walked in all the way of David his father, and he did not turn aside to the right or to the left.

And he did what was right in the eyes of the Lord, and walked in the ways of David his father; and he did not turn aside to the right hand or to the left.

So much for Josiah, but let’s look at another passage to understand a little more about his kingdom.

Before him there was no king like him, who turned to the Lord with all his heart and with all his soul and with all his might, according to all the Law of Moses, nor did any like him arise after him. Still the Lord did not turn from the burning of his great wrath, by which his anger was kindled against Judah, because of all the provocations with which Manasseh had provoked him. And the Lord said, “I will remove Judah also out of my sight, as I have removed Israel, and I will cast off this city that I have chosen, Jerusalem, and the house of which I said, My name shall be there.”

What were the “provocations” with which Manasseh had provoked God? A long list is given (2 Kings 21:1-16): high places, altars to Baal, making an Asherah, burning his son as an offering, killing many innocent people and many other things.

The passage also mentions that the people had been doing these sorts of things ever since they left Egypt (2 Kings 21:15). A quick review of the history of Israel uncovers the sorts of behaviour God is referring to. Rebellion against God in the wilderness was not restricted to a golden calf, but included immoral behaviour and frequent disobedience of God’s commands. Once the nation had found a home in Canaan, the time of the judges is summarised as a time in which everyone did what was right in their own eyes – a scene reminiscent of post-modernism where everyone can define their own idea of right! But God’s ideas of right and wrong did not change over the 900 years from the time when he led them out of Egypt until he sent them out of Israel into captivity.

A common theme in God’s complaint against his people is the worship of other gods and worshipping in the high places instead of in the temple. One horrendous use for these high places was for people to burn their children as offerings to idols (Jeremiah 7:31; 19:5; 32:35).

Worse than the Amorites

By the time of King Josiah, God described the behaviour of his nation as being worse than the behaviour of the nations he had driven out of Canaan so that Israel could take over the land (2 Kings 21:9, 11; 2 Chronicles 33:9; Ezekiel 16:44-52). The nation had gradually got worse and worse (Jeremiah 7:26; 16:12) until finally Judah became even worse than Israel (Ezekiel 23:11).

Even the strong leadership of a king like Josiah could not pull the nation back from the precipice toward which their idolatry and evil had led them. And Josiah’s efforts were also limited by ignorance. Until the eighteenth year of his reign, the nation did not have any knowledge of God’s requirements as they were written in the Book of the Law. It seems that the available knowledge of God was quite sparse, and the curses terrified Josiah when he heard them for the first time.

At sixteen years of age, Josiah started to seek out God to worship him (2 Chronicles 34:3), but there was no Book of the Law to help him. When he was 20 years old, he started working to remove idolatry from Judah and Israel (2 Chronicles 34:3-7), but his success seems to have been very limited, because when he was 26 years old, after hearing the reading of the Book of the Law, he had to do the following:

In the Temple of Yahweh

In and around Jerusalem

Clearly the work begun in the twelfth year had not been completed or the situation had got worse again since that time.

Jeremiah began to prophesy in the thirteenth year of Josiah. It is most likely that at least the first two chapters of his book were spoken by God at this time. From the very beginning, the message is about rooting up and breaking down (Jeremiah 1:10), of disaster coming from the north (Jeremiah 1:14). There is no message of approval for Josiah’s work, although five years later God does send a message of approval of Josiah’s humility through Huldah the prophetess.

Despite Josiah’s efforts, God’s message through Jeremiah began with the condemnation of idolatry as well as the criticism of priests, leaders and prophets (Jeremiah 2:8).

Trying to put all of this information together is not easy, but it seems to me to lead to the following conclusions:

God offers occasional opportunities for repentance and forgiveness through Jeremiah (e.g. Jeremiah 7:3, 5-7; 26:13), but they are always in a setting of coming destruction. The offer was there, but God knew that it would not be accepted and that no apparent repentance would be genuine. There was no way back (Jeremiah 14:10; 15:1).

This, sadly, is why the series Terror on Every Side! presents such a gloomy and negative picture of the worship of Yahweh in the time of Jeremiah – even in the time of Josiah, who was a righteous king.