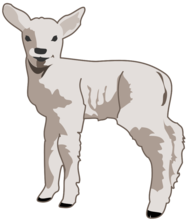 Just before God led the people of Israel out of Egypt, he told them to keep the Passover lamb in their homes from the 10th day of the first month (Exodus 12:3) until until they killed it on the 14th at twilight (Exodus 12:6).

A lamb in the home?

When the Passover is defined as a national feast in Leviticus 23 and Deuteronomy 16, there is no mention of any requirement to keep the lamb beforehand. Was this just a once-off requirement as part of building up for the first Passover? If it was an ongoing rule, people who were having to travel to Jerusalem from all over Israel would need to either bring the lamb with them or arrive in Jerusalem early enough to get a lamb by that date.

There is no mention of this happening when the people entered the land with Joshua (Joshua 4:19) on the 10th day of the first month. All that is mentioned is that the Passover was kept on the 14th day (Joshua 5:10) after the people were circumcised (as was required for any to take the Passover (Exodus 12:48)). Likewise, it seems that the selection of the lamb on the 10th day was not observed for the Passover in either the time of Hezekiah or the time of Josiah. It also seems reasonable to conclude that this was not wrong, but we can’t be sure.

The initial Passover seems to have been very much family-based. Families chose the lamb, kept it in their house, killed it, cooked it and ate it. Originally the Passover was not spoken of as an offering, but later references to Passover offerings seem to refer to the lamb or young goat that was killed for the Passover (Deuteronomy 16:2, 5-6) and possibly other animals as well. The meat was still to be eaten with unleavened bread and bitter herbs (Exodus 12:8; Numbers 9:11).

Later regulations for the Passover lamb

It seems that later, priests killed the Passover lamb, possibly after checking that it was flawless. Josiah gave orders that Levites should kill the lambs in the temple and give the blood to the priests (2 Chronicles 35:11) before skinning them. At that time, bulls were also provided in large numbers as burnt offerings, and it seems as if they were being offered at the same time – as seems to fit with the description in Deuteronomy 16:2 which refers to offerings from the herd[1]. The Passover lamb was to be roasted entire. No bones were allowed to be broken nor any parts removed (Exodus 12:46; Numbers 9:12).

Some other restrictions were placed on the people on that first Passover that are not mentioned for later Passovers:

Start or end of the day?

When was the lamb killed? The time was twilight (apparently the Hebrew in Exodus 12:6 and Leviticus 23:5 means “between the evenings”), but if the Hebrew day started at sunset, at which end of the fourteenth day was the lamb killed – the start or end of the day? Based on the need to eat it with unleavened bread and the fact that the Feast of Unleavened Bread started on the fifteenth, it seems likely that it would be at the end of the fourteenth so that, by the time the lamb was ready to be eaten, it was the fifteenth day of the month and the Feast of Unleavened Bread had already begun.

[1] Note that some national offerings were also required at the Passover and Feast of Unleavened Bread, as detailed in Numbers 28:16-25. [2] Note that Exodus 12:31 says that Pharaoh summoned Moses and Aaron that night to give them the message that the people could leave Egypt, but it is worth noting that the verse does not explicitly say that Moses and Aaron went to him, and, at their last meeting, he had told them that they were not to see his face again (Exodus 10:28-29). Possibly they were called but refused to go, so the message was sent to them anyway.