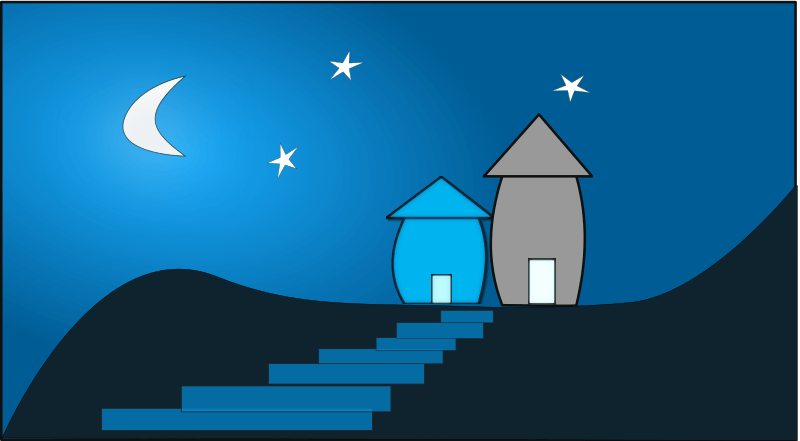 When we wish to see a broader view, we look for high places. Each year, about 1,000 people try to climb Mount Everest. In 2016, about 600 reached the summit and 6 climbers died.

Of course, the world’s highest mountain is a far cry from your local hill, but it seems that high places have always been attractive to people, and the Bible talks about “high places” about one hundred times.

Have you ever wondered what they were and whether there is anything for us to learn from them today?

When God was about to lead the people of Israel into the land of Canaan (the land now called Israel), he spoke to them about where they should worship. The nations living in the land worshipped in many “high places”, and often they were on hills or mountains. God said:

“You shall surely destroy all the places where the nations whom you shall dispossess served their gods, on the high mountains and on the hills and under every green tree. You shall tear down their altars and dash in pieces their pillars and burn their Asherim with fire. You shall chop down the carved images of their gods and destroy their name out of that place. You shall not worship the Lord your God in that way.”

All of the old ways of worship in the land were to be destroyed because God did not want Israel to worship him in the same ways as the nations had worshipped their idols. When you read elsewhere about how they worshipped these idols, this prohibition clearly shows a loving God – but we’ll get to that later.

Instead, God wanted one central place of worship:

Once Israel had taken over Canaan, it appears that God first chose a place called Shiloh[1]Joshua 18:1, 8; Judges 18:31) and the tabernacle stayed there for about 300-350 years during the time of the judges until some time during the life of the last judge, Samuel.[2]1 Samuel 1:3, 24 However, the worship of God was corrupted in that place and so God destroyed it,[3]Psalm 78:60; Jeremiah 7:12 probably through the work of the Philistines.

We do not read of the destruction of Shiloh when it happened, but it may well have occurred when Israel was defeated by the Philistines who captured the ark of God and killed the sons of Eli, who was high priest at the time. Eli also died at that time, and it seems that by the time Samuel was old enough to become a priest, there was no longer any established house of God in Israel although the tabernacle had not been destroyed.

In the reign of King David, the priests were in Gibeon with the tabernacle, and the daily sacrifices took place there.[8]1 Chronicles 16:39-40; 21:29 David subsequently wanted to build a temple for God, but God told him he could not – Solomon his son would do so – and the confused situation where the tabernacle was in one place and the ark in another[9]1 Kings 3:15 continued. The worship of God was genuine, but it was spread across different places, which was not God’s intention.

By the time of David’s son, Solomon, the high place at Gibeon was called the “great high place”,[10]1 Kings 3:2-4 and the tabernacle was still there while the ark was in Jerusalem.

Solomon built a temple in Jerusalem and God chose it as the place to put his name. When that happened, worship at all other high places should have stopped, but it didn’t. Instead, it increased.

From the time of Solomon onwards, the high places became a measure of the spiritual health of God’s nation.

God had told Israel that he would choose a place in the land in which he would put his name.  As shown earlier, God at first chose Shiloh, but later caused it to be destroyed because Israel was not faithful to God.[11]Jeremiah 7:12-14 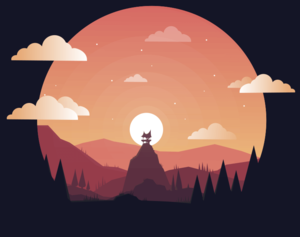 Once the temple was built, God put his name in Jerusalem and in his temple.[12]1 Kings 8:29; 9:3  God had commanded that when he chose a place in Israel, all the people should go to that place (and only that place) to worship and offer sacrifices.[13]Deuteronomy 12:11-14  This never happened. Towards the end of his life Solomon began to follow the religions of his multitude of wives and concubines, and even provided high places for them to worship their own gods[14]1 Kings 11:1-8 which were not desecrated and destroyed until the reign of Josiah,[15]2 Kings 23:13 about three hundred years later.

As history progressed, evil kings built high places and good kings destroyed them.  Most goodish kings seem to have not used them, but simply left them alone for others to use.

High places are mentioned in connection with many kings, as is shown in the following table.

After the nation split into two kingdoms at the start of the reign of Rehoboam, Jeroboam became king in Israel over the ten tribes, and he built many high places which stayed until the nation went into captivity.  God summarised Israel’s behaviour as follows:

“And the people of Israel did secretly against the Lord their God things that were not right. They built for themselves high places in all their towns, from watchtower to fortified city. They set up for themselves pillars and Asherim on every high hill and under every green tree, and there they made offerings on all the high places, as the nations did whom the Lord carried away before them. And they did wicked things, provoking the Lord to anger.”

When Israel was taken into captivity, the Assyrians brought people from many defeated nations and made them live in Israel.  This mix of nations became the Samaritans mentioned from time to time in the New Testament.  They continued to worship their own gods in the high places but, after Yahweh sent lions among them,[16]2 Kings 17:25-28, 32-33 they worshipped him as well as their other gods.  The only time we read of kings destroying high places in the northern kingdom is in the times of the good kings of Judah, Hezekiah and Josiah, when they went into some of the northern areas and destroyed many high places.  It is never made clear whether this was done with the approval of the Assyrian rulers or not.

Judah followed much the same path of idolatry as Israel did, but they took longer.  The table above lists twelve kings of Judah.  Four of them constructed high places or allowed others to construct them.  Four left them alone.  Two destroyed some and left others.  Only two out of the twelve destroyed as many as they could.

A study of human nature through the Bible shows that evil people pursue their goals more consistently and relentlessly than righteous people when they are in positions of power.

Bold and decisive action is more common in support of evil than in support of good; inertia works to slow or prevet good more often than it does to stop evil.  For example, Solomon built high places to idols which were not destroyed for 300 years, despite the fact that several kings who are described as “good” reigned during that time.

Most of the good kings refused to use the high places themselves, but did not remove them – despite God’s explicit command to do so.[17]Deuteronomy 12:2  No wonder the worship of idols continued and grew so readily even when the king was against it.

As a whole, the nation ignored God’s commands about worship, and most good kings failed to use their authority as God wanted it used.

The result?  Idolatry won and God sent the nation into captivity.

Want to try some Bible trivia about high places?