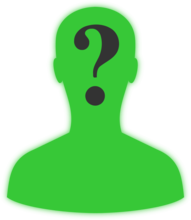 Habakkuk was a prophet in ancient Judah.  We do not know exactly when his visions took place, but in some ways it doesn’t matter, since his questions are universal and the answers can be easily applied to any time.

God chose people to be his prophets and they delivered his messages.  False prophets chose themselves and delivered whatever messages they wanted – probably often whatever would get them the most popularity and power.  God criticises them often (Lamentations 2:14; Ezekiel 13:9, 22:28; Jeremiah 5:31), particularly towards the end of the life of the nation of Judah.

This was the time when Habakkuk prophesied.

The end was coming quickly for Judah.

An attack from the north

When speaking to Habakkuk, God speaks of raising up the Chaldeans (Habakkuk 1:6).  From God’s description, it is clear that Babylon was already a major power, yet they had not yet come to Judah (Habakkuk 1:9-11).

These details suggest that Habakkuk’s conversations with God probably took place in the last few years – maybe four – of Josiah’s reign or the first few years of Jehoiakim’s reign, before the Chaldeans came for the first time in his 4th year.  During this period, the Chaldeans began to get the upper hand in battles with Assyria and others.

This range of about 8 years was around 18-26 years before the destruction of Jerusalem and Judah.

Layout of the book of Habakkuk

The structure of the book of Habakkuk is shown below:

Habakkuk was not the only prophet God had appointed around this time.

God’s prophets did not have easy lives.

Habakkuk starts his book by complaining about violence, and he may well have been personally suffering from it.

Did Habakkuk have to live through the horror he was told about?  We don’t know, but God did say that he was doing this work in Habakkuk’s day (Habakkuk 1:5), so he may well have done so.

Daniel was taken into captivity and probably made a eunuch (Daniel 1:1-4, 6-7).  What happened to his parents?  We don’t know, but given Jeremiah’s prophecies about parents of the time, they may well have died in that siege or another one.  Hezekiah had been warned that the men of the king of Babylon would return and take some of his descendants as eunuchs to Babylon (2 Kings 20:18; Isaiah 39:7).  Daniel and his friends were probably some of those.

The dreams of parents and the hopes of a nation failed.  Why?  Because of the evil of Judah.

Ezekiel was also taken into captivity and lost any opportunity to be a priest in the temple, although he was from a family of priests – just like Jeremiah.

The lives of these prophets and many other people were changed permanently because God had judged Judah and was punishing the nation.  It was not because of the evil of individuals like Jeremiah, Daniel, Ezekiel or Habakkuk himself, but because of the evil of the nation.  In fact, God looked after individuals like Jeremiah, Daniel and Ezekiel, but only in the context of the general suffering that came to all of Judah because of evil.

This article on Habakkuk is one of a series of articles on Jeremiah published as back-up material for the Bible-based fiction series Terror on Every Side!
[ More information | Purchase ]