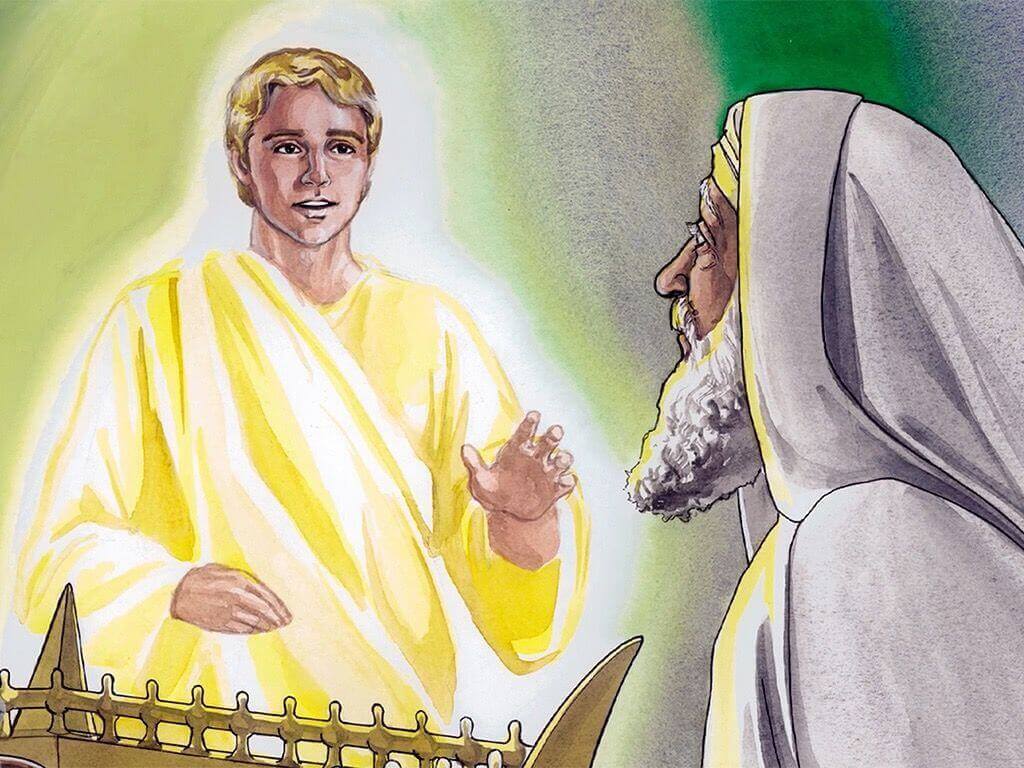 As far as we can tell, the majority of people in the Bible never heard directly from God. Nevertheless, God has spoken to humans on many occasions in many different ways throughout history. Men and women, young and old, kings and slaves, rich and poor, righteous and evil. God has also communicated or interacted in other ways: blessings, curses, riches, poverty, rewards, punishments, sickness, health, barrenness and having children. We are even told that in some situations he took control of people and made them do what he wanted. So what does the Bible tell us about God’s communication with people?

God speaks in many ways

There is much too much in the subject of God’s communication for us to look at it in a brief article. So let’s take a few steps to limit our scope.

In this article, we will limit ourselves to the Old Testament and look briefly at the different ways in which God has spoken to or communicated with people. He does not just speak in one way.

There are many examples of such different things in the Bible, and they are fascinating to look at as they remind us that God is not limited by the normal physical laws. However, we want to constrain our subject even further, looking only at cases where we are told that God actually spoke.

We want to take only one of God’s methods of speaking listed above. Specifically, we will consider situations where we are told that God spoke to people directly, mostly individuals, with no mention of angels or other third parties.

For the graph below, I used the English Standard Version (ESV), but you probably would not get quite the same answers even if you did the same. In some cases I have decided to exclude certain examples where the situations described are a little different from the simple picture of God speaking and someone hearing his voice. In a few cases, God spoke directly to two or three people at once, and I have counted these occurrences for each of the people who God spoke to at that time. However, I have ignored the rare situations where God spoke to crowds.

As a result of these inclusions and exclusions, the numbers will not always quite add up. Feel free to go through the same exercise yourself and see how your results compare. The graph below is mostly to give a feel for which characters are listed most frequently as having been spoken to by God.

Bearing in mind that the Old Testament has 929 chapters and that there are about 476 times where God speaks directly to a person (or people), we see how important this is in the Old Testament. On average, one chapter in every two reports something like this. It should come as no surprise, then, that the New Testament describes the Old Testament as “breathed out by God” (2 Timothy 3:16). The Bible is full of God speaking – God’s communication.

If we wrote a book that reported dialog, we would not always express things in the same way. One time we may say “he said”, while on another occasion we may use “he continued” or even “he shouted”. When reporting God speaking, there is variation too. The actual words used will depend on the version you use. Here, we consider the ESV wording. The most common expressions are:

Note: there are probably other wordings, but they did not occur to me when I was doing my research, so please let me know if you find others. These ones do help to give us a feeling for who God speaks to in the Old Testament and how often.

The people, the numbers

Using my methods of counting, only 38 different people are referred to as having been spoken to by God in the Old Testament, with most having this recorded about them only once. However, some of these people communicated with God much more than others, and the outstanding one was Moses. Slightly less than half of the times in the Old Testament where God is recorded as having spoken to someone, that person was Moses (238 out of 494 occurrences, or 48.2%).

In the pie chart below, individuals of whom it is said in the Old Testament that God spoke to them more than 10 times are given pieces of the pie. There are only six of these people. The other 32 people account for about one quarter of the occurrences. 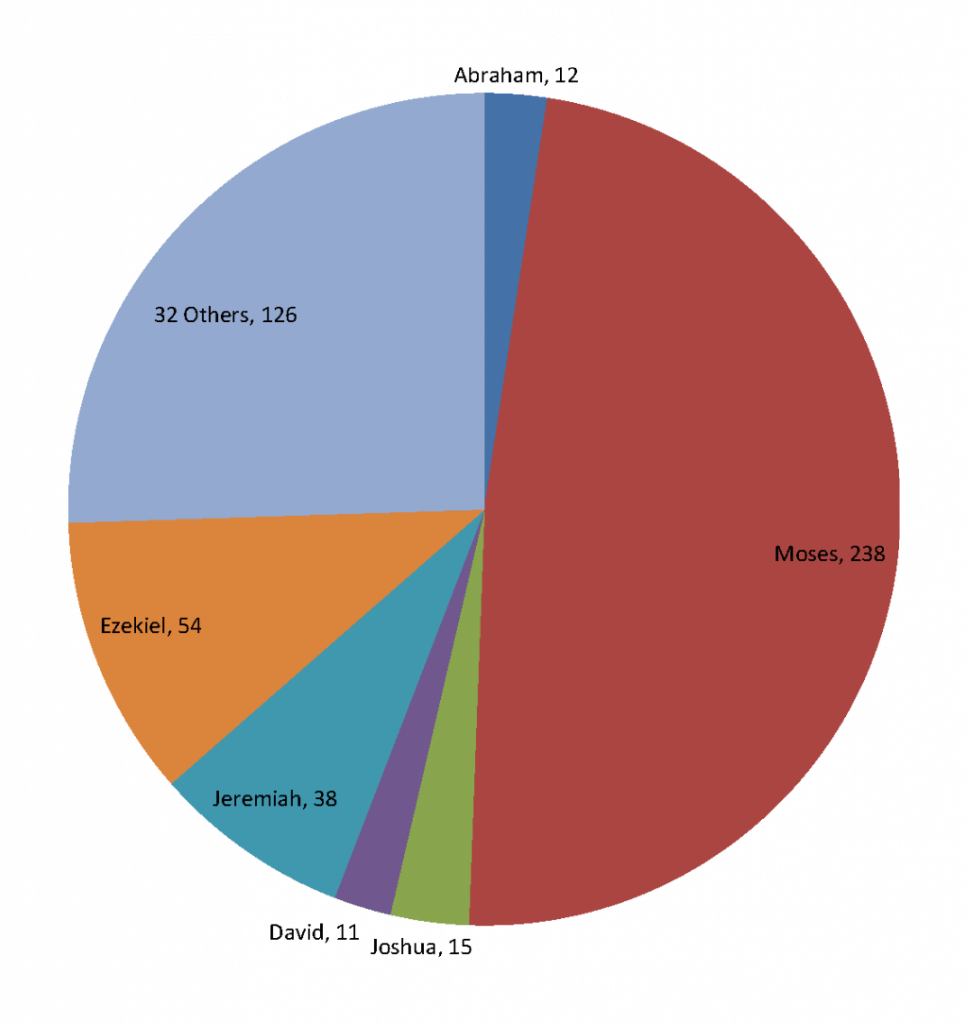 Who God spoke to in the Old Testament and how often

Ezekiel and Jeremiah are the only two major prophets whose names appear on the chart. On average, Ezekiel records that God spoke to him a little more than once in each chapter. Jeremiah records God’s communication once every 1.4 chapters. There is no mistaking the clear claim that the words they wrote came from God.

Now the word of the Lord came to me, saying,
“Before I formed you in the womb I knew you,”

10 Great Examples of When God Spoke and Speaks

This article on God’s communication is one of a series of articles on Jeremiah published as back-up material for the Bible-based fiction series Terror on Every Side!
[ More information | Purchase ]