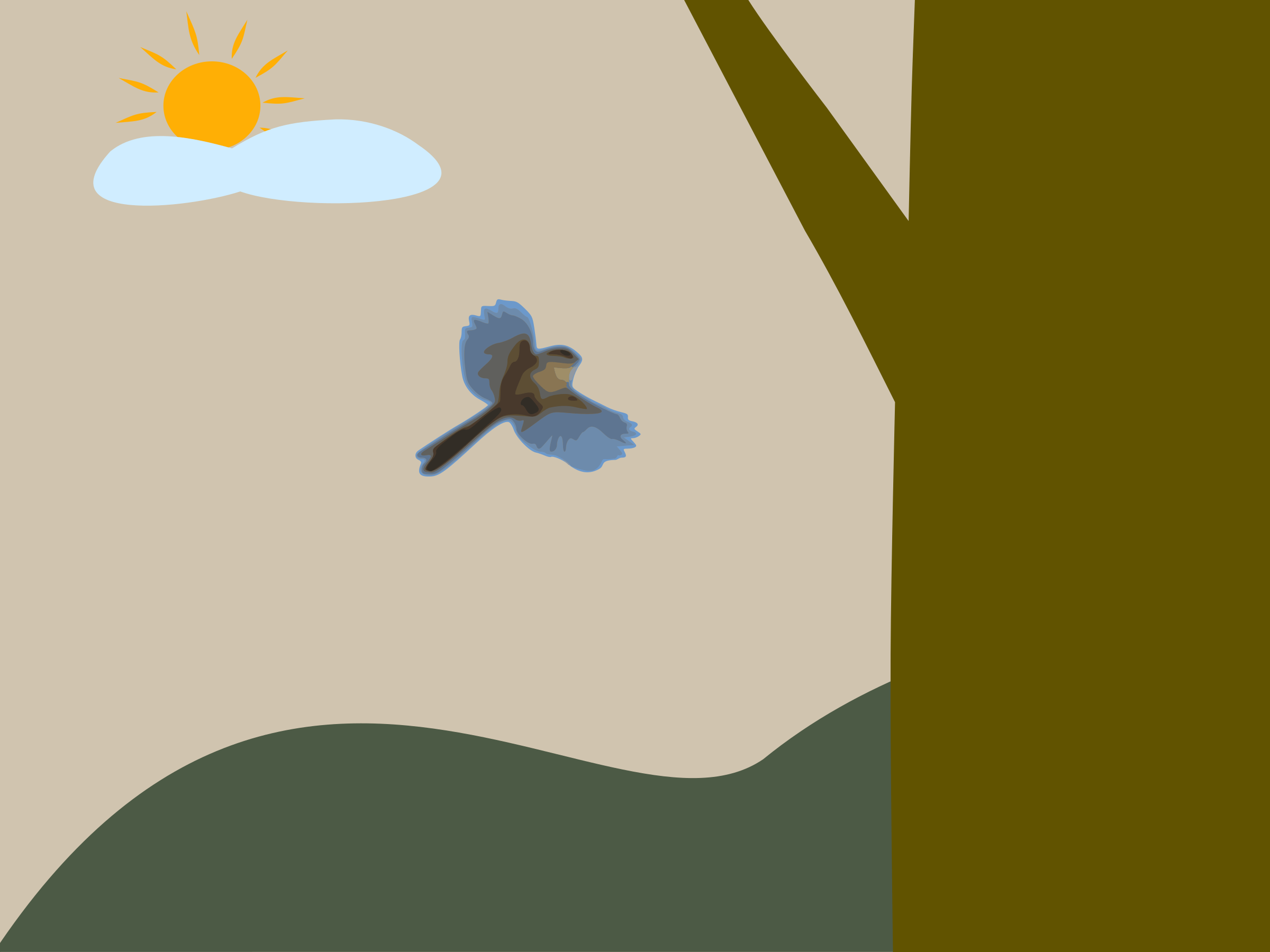 Israel is home to many species of birds. In the Old Testament, the law of Moses devotes space to lists of which types of birds are unclean (e.g., Leviticus 11:13-19 and Deuteronomy 14:11-18).

An interesting point in these lists is the inclusion of the bat, which we would not normally count as a bird. Since, however, this list is just specifying whether or not a specific species or group of species can be eaten, it doesn’t really matter. Bats were not to be eaten.

As well as the birds that live in Israel throughout the year, there are also huge numbers of visiting birds. Israel lies at the junction of Europe, Asia and Africa, and it is estimated that more than 500 million migrating birds fly over Israel twice a year. In fact, probably about 60-75% of all migrating birds travel through Israel. Birds of all shapes and sizes from more than 200 different species can be seen in the skies above Israel as they first travel north from their winter homes in Africa and then, six months later, travel south back to Africa.

The spring migrations occur during April and the first half of May. Many different kinds of birds travel north for the summer. Some travel into Europe while others travel over Jordan towards central Asia once they round the northern tip of the Red Sea at Eilat. At this time of year, the birds have been flying for several thousand kilometres, and some take a break in Israel to refuel before continuing their mega-marathon into the north. At this time, vast numbers of birds make brief stopovers in Israel, adding colour and noise to some areas that at other times can be arid and empty.

The southward migrations begin at the end of September and continue throughout October before finishing in early November. At this time, the birds seem to be in a hurry to continue south, so not many break their journey for even a short stay, although some species will actually stay all winter in Israel.

Jeremiah refers to this migration by birds when he says:

Even the stork in the heavens knows her times,
and the turtledove, swallow, and crane
keep the time of their coming,
but my people know not the rules of the Lord.

Sadly, although birds and animals obey their creator’s rules by instinct, humans feel they know too much to do this.

Other references to birds in Israel

The Bible has many references to birds, from the creation in Genesis (Genesis 1:20-23) to the end of Revelation where they feed on the carcasses of the enemies of God (Revelation 19:17-21).

The Bible-based fiction series Terror on Every Side! retells the life of the prophet Jeremiah. When we examine the prophecies of Jeremiah, we find quite a few references to birds. Many of these are similar to the references in Revelation where birds consume the bodies of God’s enemies. Jeremiah says several times that “their dead bodies shall be food for the birds of the air and for the beasts of the earth” (Jeremiah 7:33; 12:9; 15:3; 16:4; 19:7; 34:20).

Most of Jeremiah’s references to birds apply to birds as a category or are used as similes. He speaks of Nebuchadnezzar’s horses as “swifter than eagles” (Jeremiah 4:13) and of the houses of wicked men being full of deceit as a cage is full of birds (Jeremiah 5:27).

Birds were caught and eaten at times, and in the Lamentation of Jeremiah, written after the destruction of the kingdom of Judah, he speaks of being hunted like a bird by those who were his enemies without reason (Lamentations 3:52).

Other examples of such similes are:

Israel has many birds of its own, and also has the greatest flow of migrating birds of any place in the world. Jeremiah would have seen vast numbers of birds, and his haunting picture of the birds of the air helping the beasts of the field to clean up the decaying bodies of the enemies of God should encourage us to make sure we are always on God’s side.