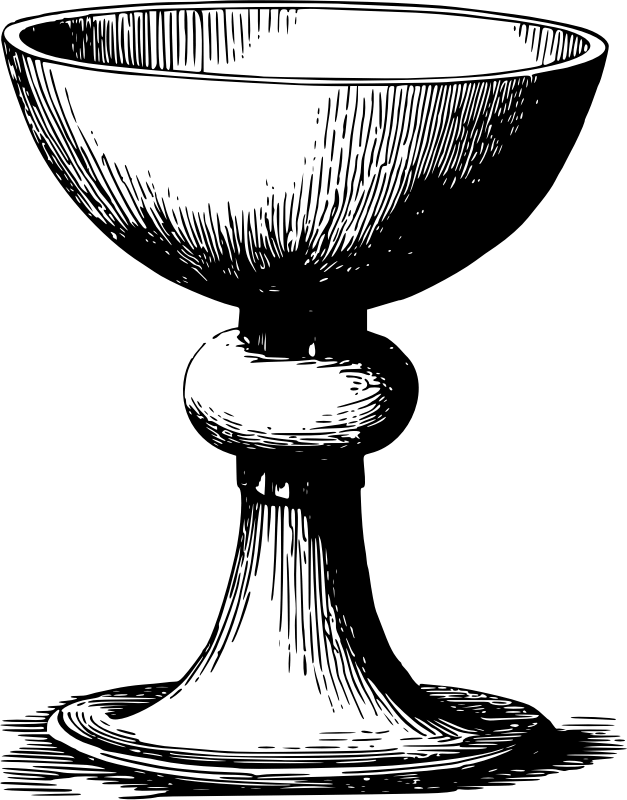 Many prophets of God saw unusual sights and strange visions.  At times, it is hard to tell whether what they were seeing was real, a vision or a dream.  In Jeremiah 25:15-38, God gave Jeremiah a cup – God’s cup of anger – to take to many different nations.  Verse 18 talks of those nations being ruined “as at this day”, which suggests that this part of the text was written some time after the prophecy was fulfilled.

Who was it for?

The list of specific nations who were to drink from God’s cup of anger is very long:

Then, after all of those nations had drunk, God said that the king of Babylon would drink the cup of his anger also.

Was this a vision?  Did God literally give Jeremiah a physical cup?  Jeremiah was told to make the many nations listed above drink from God’s cup of anger that he had been given, but every commentary I have found dismisses the possibility that any of this could be literal.  Have a look at http://biblehub.com/commentaries/jeremiah/25-17.htm to see a collection of the words of such commentaries.

Some of the logic that leads to these conclusions is informative, so I have listed them below.

“It is not to be imagined that Jeremiah went round in person to all the nations and kings here enumerated, with a cup of wine in his hand, but, doubtless, what is here related passed in a vision…” [My italics]

But shouldn’t we ask, “Why is it ‘not to be imagined’?”  After all, God made Jeremiah wear a yoke (Jeremiah 27:2; 28:10) and he made Isaiah live for three years naked and barefoot (Isaiah 20:2-3).  Is carrying a cup around much different?  We are not in a good position to judge what God would or would not make a prophet do.  We cannot properly say “doubtless” about any of our opinions on such things.

Barnes’ Notes on the Bible

“Not actually offering the wine-cup – Holy Scripture has suffered much from this materialistic way of explaining it: but publicly proclaiming this prophecy in Jerusalem, as the central spot of God’s dealings with men, and leaving it to find its way to the neighboring states.” [My italics]

Barnes’ Notes on the Bible

A literal interpretation of most things, including the Bible, is the best starting point, then other interpretations can be considered if there is some valid reason to do so.  In this case, some of the neighbouring countries were a long way away and time was limited.  Would the news really have spread organically through all of the nations?  Nebuchadnezzar was coming soon.  And how would this explanation fit with God’s instruction to Jeremiah that “if they refuse to accept the cup from your hand to drink, then you shall say to them…”?  The simplest understanding of this instruction is that each nation had to make its own decision, with a refusal of God’s cup triggering a more severe response.  This was not a “one size fits all” prophecy.

“That is, in the vision; for it cannot be thought that the Lord made the prophet to travel up and down to all the nations afterward named with a cup of wine in his hand.” [My italics]

Once again: Why can we not think that Jeremiah would travel around with a cup of wine?

I always find it a little amusing just how dismissive our comments can be when we have made up our minds about something!  Yet in this case, what proof can be offered that none of this is literal?  In the end, it comes down to, “I don’t think it is literal because I don’t think it is literal, so therefore it can’t be literal.”  Ridiculing or deriding alternatives that we don’t like is a common ploy when we have no proof to support our opinions.  Maybe I am doing the same thing here!

Jeremiah spent more than 40 years as a prophet.  If he did all of his prophesying in Jerusalem, the events described in his life would have kept him occupied for a few months at the most.

Did Jeremiah visit any of these countries or nations to give them God’s message?  Jeremiah 27 tells how Jeremiah delivered another message to several nations through their envoys who were visiting Jerusalem at a different time, and it is possible that the same could have been done in this case, but it doesn’t read that way.  In fact, Jeremiah 25:18-19 speaks of kings and officials, not just envoys.  Jeremiah 25:20-26 also speaks of kings and Jeremiah 25: 28-29 describes what should be done if the kings refuse to drink.  Giving it only to envoys or ambassadors does not seem to fit.

I am not sure whether the cup itself is literal or not, but I think that it is most likely that the message was literally delivered in many countries, probably over quite some time.  Possibly Jeremiah only stopped passing on God’s warning when he could no longer speak of coming destruction because the destruction had already arrived.  For example, the text refers to Jerusalem and the cities of  Judah as “a desolation and a waste, a hissing and a curse, as at this day”.[1]Jeremiah 25:18

So was God’s instruction literal or symbolic in this case?  You will have to make up your own mind about that.

This is one of a series of articles on Jeremiah published as back-up material for the Bible-based fiction series Terror on Every Side!
[ More information | Purchase ]